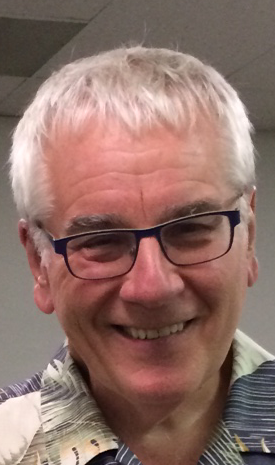 “Vintage Masters of Swing” is a project being spearheaded by Tim Simonec, which will bring together the greatest living LA Studio legends for a once in a lifetime event!

Tim has been one of the busiest orchestrators/conductors in Hollywood, with over 75 feature films and 25 television series to his credit. He has also composed music for the films A Rumor of Angels, Suicide Kings, and Anne Frank: The Whole Story, which won an Emmy for best mini-series. Most recently, he composed the Big Band competition music for the upcoming film Whiplash.

He began working as orchestrator/conductor for Graeme Revell in 1991. Some of their films together were Pineapple Express, Daredevil, The Negotiator, and The Hand That Rocks the Cradle. In 1996, he worked with Christopher Tyng on the films Kazaam, The Associate, and the TV series Futurama. Since 1997, Tim has been working with Michael Giacchino. Their projects have included video games such as Medal of Honor, Call of Duty; TV series, Alias, LOST, Fringe; and films, The Incredibles, Ratatouille, The Family Stone, Mission Impossible 3, Star Trek, UP, Super 8, Cars 2, MI4:Ghost Protocol, and Star Trek: Into Darkness. For his arrangement of the end-titles of UP, Tim was nominated for a Grammy.

In 2009, as lead orchestrator for the 81st Academy Awards, Tim assembled as many great living big band arrangers as possible. Since that truly rewarding and enriching experience, he has been looking for another opportunity to work with these living legends. An Internet Crowdfunding program seemed to be an excellent way to accomplish this. Tim’s 30 plus years working with the great musicians and studios in LA gives him the tools to spearhead such a project. The arranging legends enlisted are Ralph Carmichael, Bill Holman, Johnny Mandel, Sammy Nestico, and Patrick Williams.

His plan is to record all new Big Band arrangements by these greats. The band will include legendary studio musicians Emil Richards, Gene Cipriano, Dick Nash, Plas Johnson, Chuck Berghoffer, Jeff Hamilton, and Bob Bain: to name a few. The final product will be a DVD featuring live performances and interviews and an audio CD. 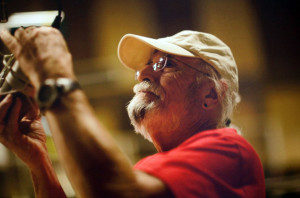 At 84, Dan Wallin, or Danny as he is widely known, is the oldest working sound engineer in the film industry, yet his ears still rank among the sharpest around, according to his colleagues. He recognizes, often before anyone else, if the trombones should be doubled, if the saxophone is too brassy, or whether the timpani need to be taken down a notch.

After serving in World War II as a Navy aviation radio operator, Wallin got a job broadcasting live band performances for CBS Radio. Among the many acts he captured live were Freddy Martin and his band at the Cocoanut Grove Ballroom in the Ambassador Hotel and a pre-television Lawrence Welk at the Aragon Ballroom.

Despite Hollywood’s long-standing practice of ageism, Wallin has stretched his career over 60 years, working on more than 500 films and TV shows and recording the scores of such notable composers as Jerry Goldsmith, John Williams and Lalo Schifrin, creator of the music for the original “Mission: Impossible” TV series. He fine-tuned the car screeches and jazz-inspired score of “Bullitt,” mixed the wild saxophone sounds in John Cassavetes’ “Gloria” and was nominated for Oscars for “A Star Is Born” and “Woodstock” in the 1970s. More recently, he captured the ethereal score for all six seasons of TV’s “Lost” and won an Emmy as part of the sound mixing team for the 2009 Academy Awards show.

The composer Michael Giacchino has hired Wallin to record and mix his scores for more than a dozen projects, including the video game Call of Duty and Pixar’s “The Incredibles.”