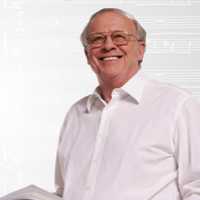 Born in Missouri, Pat Williams grew up in Connecticut and received a degree in history from Duke University, where he directed the student-run jazz big band, known as the Duke Ambassadors, from 1959-1961. Since music was always his first love, he went on to Columbia University to study music composition and conducting, where his passion became his profession. He quickly became busy as an arranger in New York; he moved to California in 1968 to pursue work in the movie and television field while continuing to write and arrange jazz albums.

Williams has also been a leader in the music-education field for many years. He served as the Artistic Director of the Henry Mancini Institute – one of the nation’s premier training programs for young musicians seeking professional careers in music – for five years. He has been Visiting Professor and Composer-in-Residence at the University of Utah and the University of Colorado, which awarded him an honorary doctorate. He also holds an honorary doctorate from Duke University and has performed and/or lectured at such other institutions as the Berklee College of Music, Indiana University, Texas Christian University, UCLA, USC, and Yale University.  Nominated for the Pulitzer Prize for composing the orchestral work An American Concerto, he has won two Grammys for his jazz arrangements, four Emmys for his television music, an Oscar nomination for film composition, and the Richard Kirk Award from BMI.